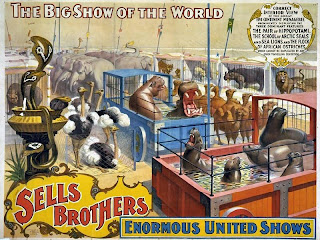 "A German philosopher many years ago said something to the effect that the more a man has in his own heart, the less he will require from the outside; excessive need for support from without is proof of the bankruptcy of the inner man.

If this is true (and I believe it is) then the present inordinate attachment to every form of entertainment is evidence that the inner life of modern man is in serious decline. The average man has no central core of moral assurance, no spring within his own breast, no inner strength to place him above the need for repeated psychological shots to give him the courage to go on living. He has become a parasite on the world, drawing his life from his environment, unable to live a day apart from the stimulation which society affords him.

Schleiermacher held that the feeling of dependence lies at the root of all religious worship, and that however high the spiritual life might rise, it must always begin with a deep sense of a great need which only God could satisfy.

If this sense of need and a feeling of dependence are at the root of natural religion, it is not hard to see why the great god Entertainment is so ardently worshiped by so many. For there are millions who cannot live without amusement; life without some form of entertainment for them is simply intolerable; they look forward to the blessed relief afforded by professional entertainers and other forms of psychological narcotics as a dope addict looks to his daily shot of heroin. Without them they could not summon courage to face existence.

No one with common human feeling will object to the simple pleasures of life, nor to such harmless forms of entertainment as may help to relax the nerves and refresh the mind exhausted by toil. Such things, if used with discretion, may be a blessing along the way. That is one thing, however, the all-out devotion to entertainment as a major activity for which and by which men live is definitely something else again.

The abuse of a harmless thing is the essence of sin. The growth of the amusement phase of human life to such fantastic proportions is a portent, a threat to the souls of modern men. It has been built into a multimillion dollar racket with greater power over human minds and human character than any other educational influence on earth.

And the ominous thing is that its power is almost exclusively evil, rotting the inner life, crowding out the long eternal thoughts which would fill the souls of men, if they were but worthy to entertain them. The whole thing has grown into a veritable religion which holds its devotees with a strange fascination; and a religion, incidentally, against which it is now dangerous to speak. For centuries the Church stood solidly against every form of worldly entertainment, recognizing it for what it was—a device for wasting time, a refuge from the disturbing voice of conscience, a scheme to divert attention from moral accountability.

For this she got herself abused roundly by the sons of this world. But of late she has become tired of the abuse and has given over the struggle. She appears to have decided that if she cannot conquer the great god Entertainment she may as well join forces with him and make what use she can of his powers. So, today we have the astonishing spectacle of millions of dollars being poured into the unholy job of providing earthly entertainment for the so-called sons of heaven. Religious entertainment is in many places rapidly crowding out the serious things of God.

Many churches these days have become little more than poor theaters where fifth-rate 'producers' peddle their shoddy wares with the full approval of evangelical leaders who can even quote a holy text in defense of their delinquency. And hardly a man dares raise his voice against it.

The great god Entertainment amuses his devotees mainly by telling them stories. The love of stories, which is a characteristic of childhood, has taken fast hold of the minds of the retarded saints of our day, so much so that not a few persons manage to make a comfortable living by spinning yarns and serving them up in various disguises to church people.

What is natural and beautiful in a child may be shocking when it persists into adulthood, and more so when it appears in the sanctuary and seeks to pass for true religion. Is it not a strange thing and a wonder that, with the shadow of atomic destruction hanging over the world and with the coming of Christ drawing near, the professed followers of the Lord should be giving themselves up to religious amusements? That in an hour when mature saints are so desperately needed vast numbers of believers should revert to spiritual childhood and clamor for religious toys?

'Remember, 0 Lord, what is come upon us: consider, and behold our reproach. The crown is fallen from our head: woe unto us, that we have sinned! For this our heart is faint; for these things our eyes are dim.' AMEN. AMEN."

Email ThisBlogThis!Share to TwitterShare to FacebookShare to Pinterest
Labels: I'm Shaking My Head..., State of the Church, Theology

I just ordered Tozer's ON WORSHIP AND ENTERTAINMENT. More of this there, I would guess....