Can We Really Know God? 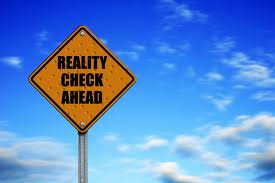 Note:  This is the second in a series of letters I'm sending to my adult/near adult children, minus (of course) the family business.  Thanks for the comments received on the last post... they really are welcome.  DC


It's Labor Day today, and I can't believe how fast the time is going!  We're back in the swing of Fall activity, with new schools for some of you and new challenges for all.  We are so proud of each one of you, and we're looking forward to what the year brings.   Mom and I are doing well, although it is more of an adjustment than I expected with all of you gone (or very nearly so).


You're all entering into a new time of study, all at Christian schools with God's Word and truth central to your studies.  I can't tell you how happy that makes Mom and me, and how worthwhile an investment we think it is.  In my last email, I wrote to you about the fact that "God Is," meaning that He's important, and real.  He's our "problem" because He exists, and we all must deal with Him on His own terms.  But what difference does that make, really?  I want to remind you that God Is "Knowable" - we can know who He is - and that knowledge of Him will lead us to trust Him with our lives. 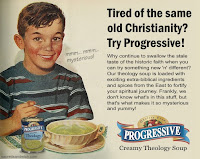 Think about it for a minute:  Can we really "know God"?  I read the CNN Belief Blog occasionally, and saw this exchange in comments under a post by my "favorite" author, Brian McLaren (who's got a graduate degree in uncertainty, it seems).  Someone named "Liutgard" said this:


"I've been flirting with agnosticism for many years- because I think that it is not possible to really 'know', and I found that the more someone insists that they 'know' God and his will, the less likely they are to actually behave like Jesus said they should.

But the past couple of months I've been attending an Episcopal church- it appeals to my sense of ritual and tradition, but also to by desire to see faith really in action. Food banks, homeless shelters, etc- Episcopalians don't run them so as to have an avenue to preach at people, but because it is a way to reach out to the community and obey the teachings of Christ. I still don't 'know', but they are happy to see me when I walk in the door, and I can worship or not as fits my comfort level. Certainly nothing like the Pentecostal churches I grew up in."


"As a life-long Episcopalian, welcome! You seem to 'get it' about us. The Episcopal Church isn't about Orthodoxy (right belief or right thought), it's about Orthopraxy (right practice – i.e. how we do our liturgy). Remember, as the old joke goes, 'Wherever two or more Episcopalians are gathered in His name, there will be three or more opinions.'" 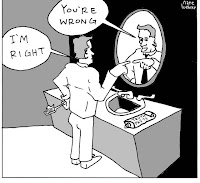 Are they right?  I'm finding that it is increasingly counter-cultural to claim that "you know" anything, especially in matters about God.  Even in the church, there seem to be multiple views on almost every important topic.  There are lots of reasons for this (and why it's a problem), and someday when you've got a free day to kill, you can read my copy of No Place For Truth by David Wells - it's a great place to start.   One reason for this reaction - this hostility - that our culture has towards "knowing" has to do with the confusion between opinion and fact.   To be more specific, I'm convinced that when people talk about "knowing" something in the spiritual realm, people hear them saying that they have a really strong opinion - and that rubs people the wrong way in a pluralistic society.  But knowing isn't just simply having an opinion (or even a strong one) on something - it's a confident assurance in belief based on the facts.  In other words, it isn't what I think; it's what I know is actually, really, objectively, true - and not just for me, but for you, too. 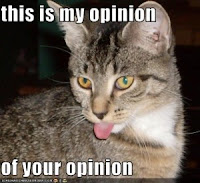 Let me ask you to think about this sometime this week:  Do you believe that you can "know" God like that?  No Sunday School answers to this question, guys.  Remember, most people (at least practically) don't.  Many will say that we can't even know if God really exists!  Others may accept God's existence, but they don't believe that we can know God... at least not in any way that is worth risking your life for!  Your Mom and I believe that you can - and you should.


Isn't it presumptuous to claim that our understanding of God is right? Said another way, we believe that while we can't know God fully, we can know Him truly. I'm not saying that we can know God fully or completely.  After all, how can finite people fully comprehend the infinite God?   We can know what He has revealed about Himself to us.  I want to point out that God reveals Himself in two specific ways - and I wanted to mention the first way this week.


God reveals Himself to everyone in Creation.  Theologians call this "general revelation" because its available generally to everyone.  All people can know of God's existence, character and God's moral law through observing creation itself.  After all, "The heavens declare the glory of God" (Psalm 19:1).  God has provided evidence, all around us, of His existence, power and character!  The intricacy of creation, the scope of the universe, the miracle of life, the wonder of relationship, the tiny fingers of a baby - all of creation shouts to anyone who will listen that there is a God.  All of this can not exist by random chance! 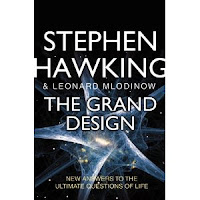 Perhaps you saw the press coverage this last week of Stephen Hawking's soon to be released new book The Grand Design.  He argues that modern science eliminates even the need to see God's hand in the design of the universe:


"Many people would like us to use these coincidences as evidence of the work of God. The idea that the universe was designed to accommodate mankind appears in theologies and mythologies dating from thousands of years ago. In Western culture the Old Testament contains the idea of providential design, but the traditional Christian viewpoint was also greatly influenced by Aristotle, who believed "in an intelligent natural world that functions according to some deliberate design."

That is not the answer of modern science. As recent advances in cosmology suggest, the laws of gravity and quantum theory allow universes to appear spontaneously from nothing. Spontaneous creation is the reason there is something rather than nothing, why the universe exists, why we exist. It is not necessary to invoke God to light the blue touch paper and set the universe going." (emphasis added)

I'm certainly not going to pick a fight with Dr. Hawking - he'd run rings around me intellectually.  But even a Dad can understand that his argument is (at best) silly.  One wonders where he supposes that "the laws of gravity and quantum theory" came from!   Some people think it's arrogant to believe in the existence of God, but what would you say about someone who thinks they know so much that they can rule out God's existence?


In his letter to the Roman church, Paul says very specifically that


"...what can be know about God is plain to [all men] because God has shown it to them.  For His invisible attributes, namely His eternal power and divine nature, have been clearly perceived, ever since the creation of the world, in the things that have been made.  So they are without excuse"  (Romans 1:19-20).(emphasis added)


And there's more about general revelation that's available to everyone as well.  For example, people's consciences tell them that there is a right and a wrong - even imperfectly.  We all have, at some level, a hunger for justice... to see wrongs righted and evil punished.  All of these things are gifts from God, and a reflection of His character.  They are part of what it means to be made "in the image of God."  So, through external and internal observation and evidence, we can know that there is a God, something of His amazing power and influence in our world and something of His requirements for us.  And these observations are true even though many people don't pay attention to them (we'll talk more about why when we get to the "Man Isn't" email).  For now, remember that we believe that everyone has the opportunity to know God - to know that "God Is" - at least to some degree if they want to do so.


So that's enough for today.  I'll pass on some more about this in my next email.  Let me ask you this today:  Do you want to go beyond opinions about God, and to really know Him?  I'm sitting in the office at home alone this afternoon - with memories of you all everywhere.  I can almost hear your voices... I can almost still see you here.  That's because I love you, and my eyes are open to see the things that you've done and who you are.  They are everywhere I look.  So, look for God in your world that way this week... you'll see Him everywhere... if you'll just look for it.  And you can know it for sure.